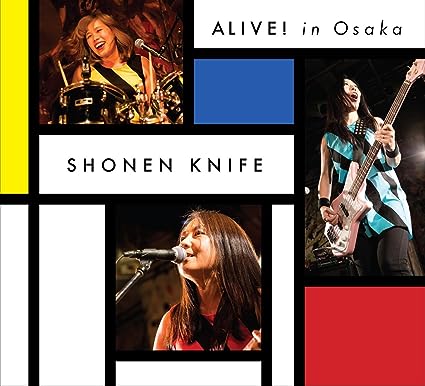 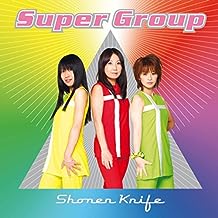 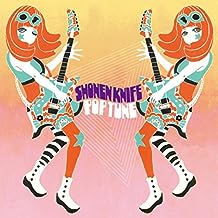 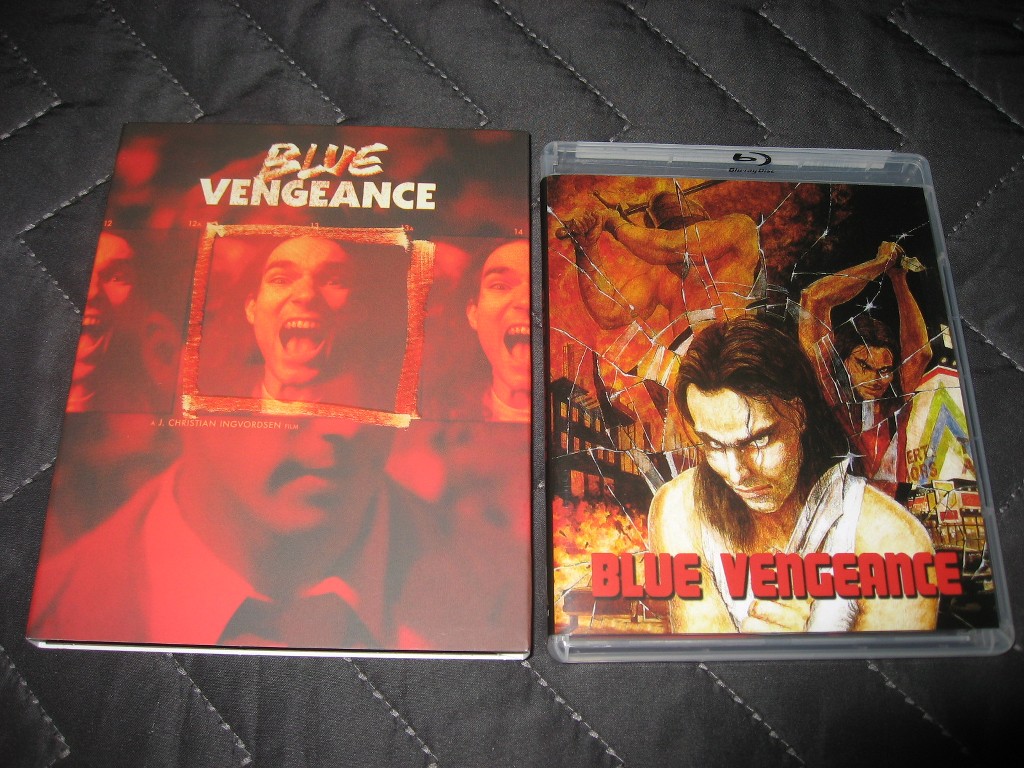 Convicted murderer Mark Trex has just escaped from an asylum and is headed for New York City to track down the members of his favorite childhood band, Warriors of the Inferno. Believing that their occult hit song, which told of Satan and death, is true, Trex is determined to see if the band members have held up their part of their pact with evil. However, cop-on-the-edge Mickey McCardle is hot on his trail and determined to end this serial killer’s spree. 17 years ago, Peter’s grandfather went missing under mysterious circumstances. Now, Peter and his friends have returned to the placid Wisconsin town to check out his inherited lake house and to partake in the annual ‘Muskie Madness’ fishing competition. Soon after his arrival, Peter begins to sense that something isn’t quite right, but none of his friends, nor the local sheriff, will believe him. But as townsfolk and tourists begin to disappear, Peter becomes determined to solve the mystery, as well as that of his grandfather’s disappearance, and soon finds himself facing off against a fish hook wielding madman! 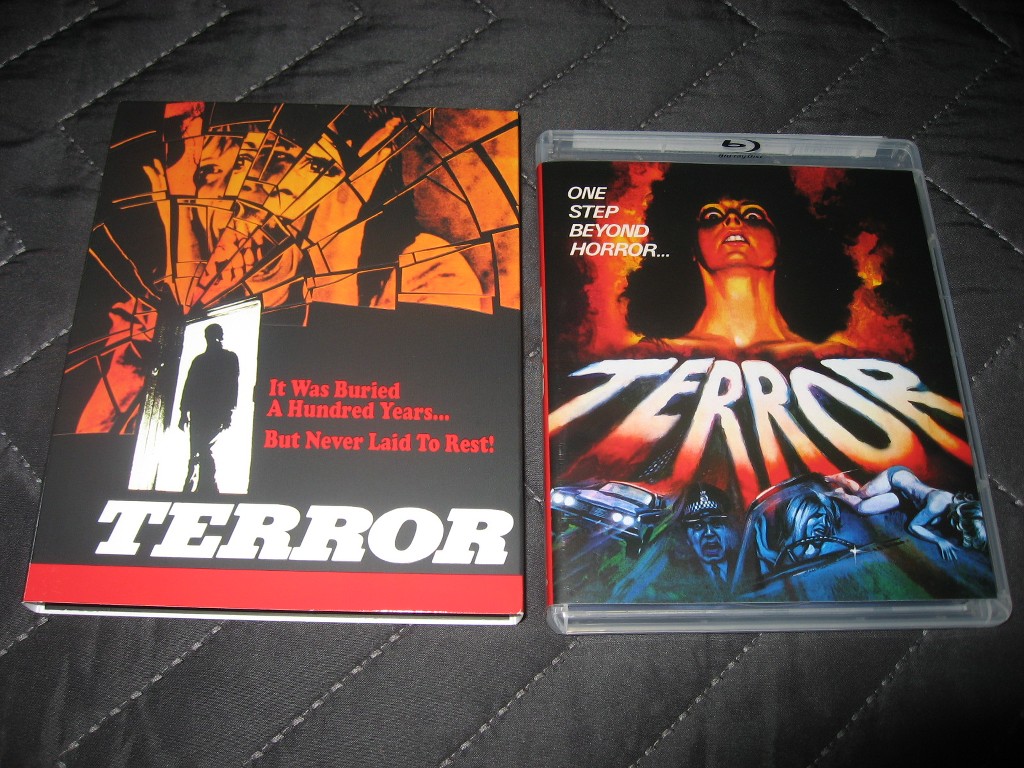 The country estate of filmmaker James Garrick has been haunted for centuries by a mysterious and deadly curse. Everyone in his family line comes to a gruesome end at the hand of an unknown supernatural assailant. When Garrick’s long lost cousin Ann unexpectedly arrives at his secluded manor, mayhem and bloodshed soon follow. But is Ann the person behind these acts of carnage or could something more horrifying be afoot? 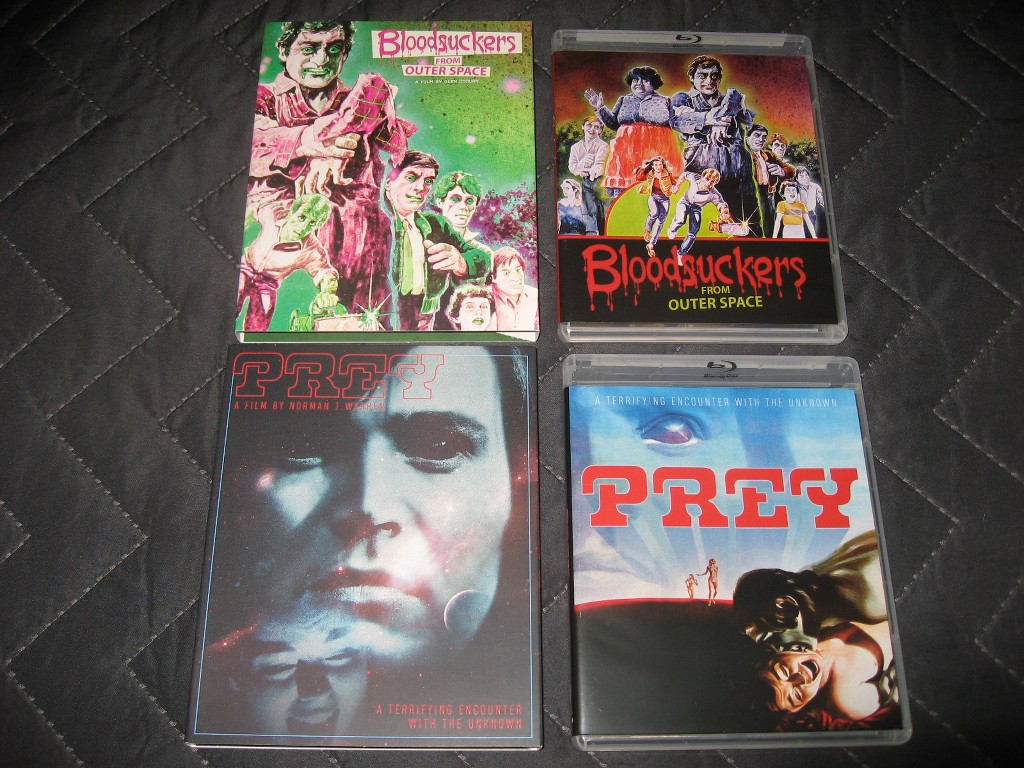 An alien craft carrying a being with foxlike features has landed in the middle of rural England. After brutally murdering a young couple, the being animates himself into the body of the man he killed, adopting the name Anders. Upon being discovered by a reclusive lesbian couple, who mistake him for an injured drifter, they invite him to recover in their isolated home, unaware of his innate bloodlust…

A mysterious and invisible alien presence has landed in rural Texas and has started turning the nearby townspeople into white-faced, bloodthirsty killers. As the local authorities begin to investigate the strange and violent goings on, a photographer and his girlfriend find themselves trapped in the midst of an unexpected rural bloodbath, which seeks to turn them into another pair of bloodsuckers from outer space…

A low budget, low rent horror comedy from writer/director Glen Coburn, BLOOD SUCKERS FROM OUTER SPACE is a gory and silly slice of home made regional genre filmmaking. Vinegar Syndrome presents the Blu-ray debut of this straight-to-video classic, freshly restored from its 16mm negative and filled with a whole host of newly created special features. 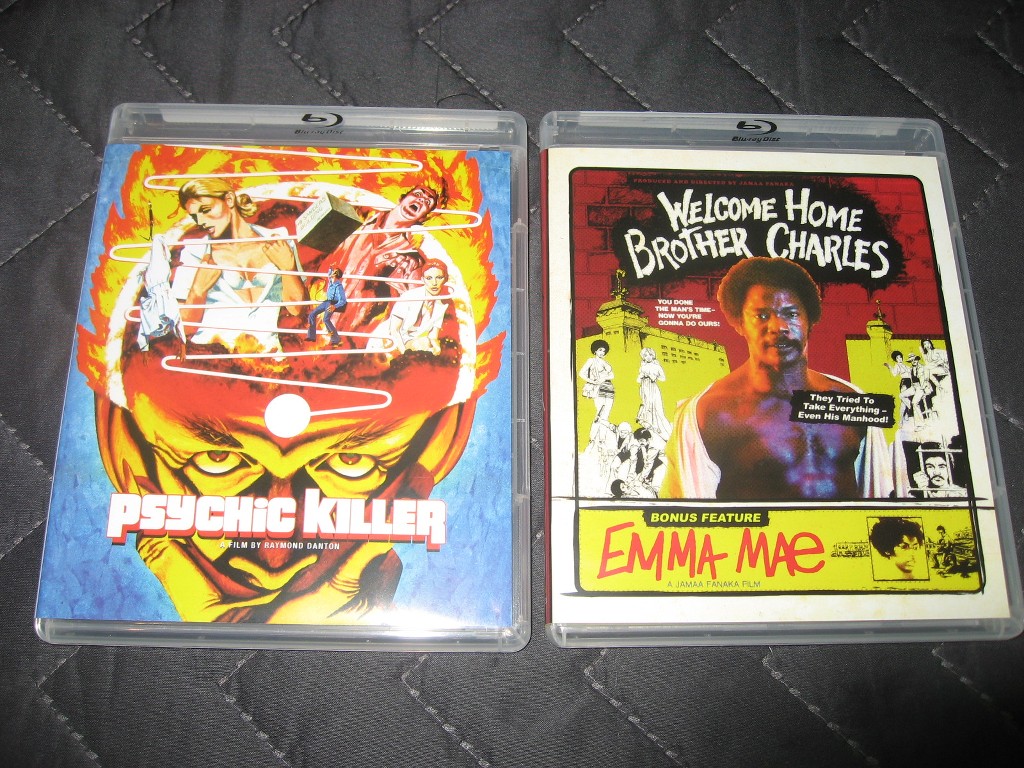 Before directing the legendary PENITENTIARY trilogy, Jamaa Fanaka helmed these two offbeat genre films, which helped catapult him to recognition as one of the most important black filmmakers working in 70s independent cinema.

In Fanaka’s debut feature, WELCOME HOME BROTHER CHARLES, a young black man is sent to prison, after being brutalized by a corrupt racist cop. Upon release, he takes deadly revenge against the cops, lawyers, and thugs who got him busted, using a most unusual weapon… As much a parody of exploitation films as it is a proud piece of genre cinema, BROTHER CHARLES combines horror and blaxploitation tropes with stirring social subtext resulting in a drive-in movie unlike any other.

Fanaka’s second feature, EMMA MAE, tells the story of a naive young woman who moves from the Deep South to Watts. Initially finding herself at odds with her surroundings, Emma eventually gains acceptance from a local drug addict and dealer. But when he’s arrested and jailed, she plans a daring bank robbery to bail him out… Featuring a cast of mostly non-professionals and shot entirely on location in Watts, this uniquely subversive action film is an insider’s view of black, working-class LA neighborhoods.

Arnold Masters (Jim Hutton) is a mild-mannered man who obsesses over his mother, but finds himself implicated in a murder he didn’t commit, and is sent to an asylum. While incarcerated, a fellow patient teaches him the techniques of Astral Projection, also known as the Kirlian Effect, which is the ability to use his mind to control objects at will. When the real killer is found and Arnold is released, only to find that during his time in the asylum his mother has died, he vows vengeance against those responsible for setting him up and begins to use his powers to exact a bloody revenge.

Directed by character actor Ray Danton (Crypt of the Living Dead) and co-starring Julie Adams, Neville Brand, Aldo Ray, and Mary Wilcox, THE PSYCHIC KILLER is a mid 70s Drive-In classic that, despite frequent gore and a blood and nudity filled shower death scene, somehow received a PG rating from the MPAA and is presented here fully uncut and newly restored in 2K from its original 35mm camera negative. 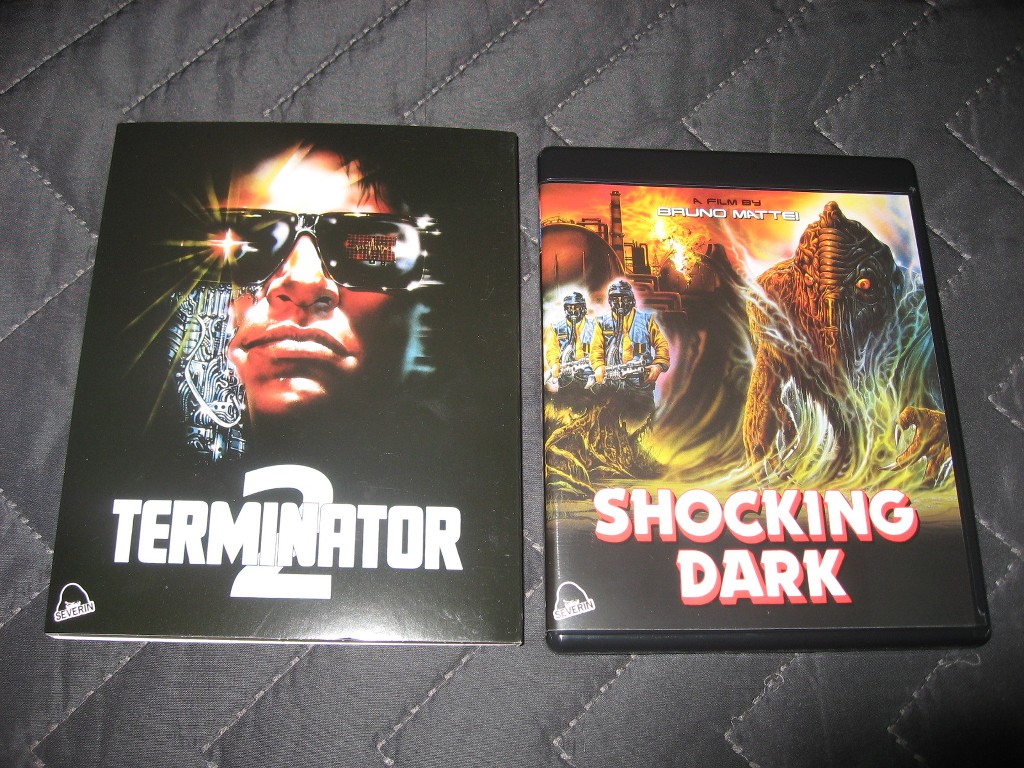 For director Bruno Mattei (VIOLENCE IN A WOMEN’S PRISON) and co-writers Claudio Fragasso & Rossella Drudi (TROLL 2), their final – and most notorious – collaboration went beyond brazen plagiarism to become a fearless act of deranged genius: In this bravura rip-off of both ALIENS and TERMINATOR, a team of badass marines, a tough female civilian and an orphaned girl battle monsters beneath the Venice canals while being chased by an indestructible killer cyborg. Have we mentioned the overwrought dialogue, over-the-top performances and ultimate WTF? twist ending? Geretta Geretta (DEMONS) and Tony Lombardo (RATS: NIGHTS OF TERROR) star in this “schlockfest of awesome” (Cool Target) – actually released outside the U.S. as TERMINATOR II and ALIENATORS and never before available in America – now scanned in 2k from the Director’s Cut negative discovered in a Rome lab vault.

-You have a huge fucking dick!
Top

-You have a huge fucking dick!
Top 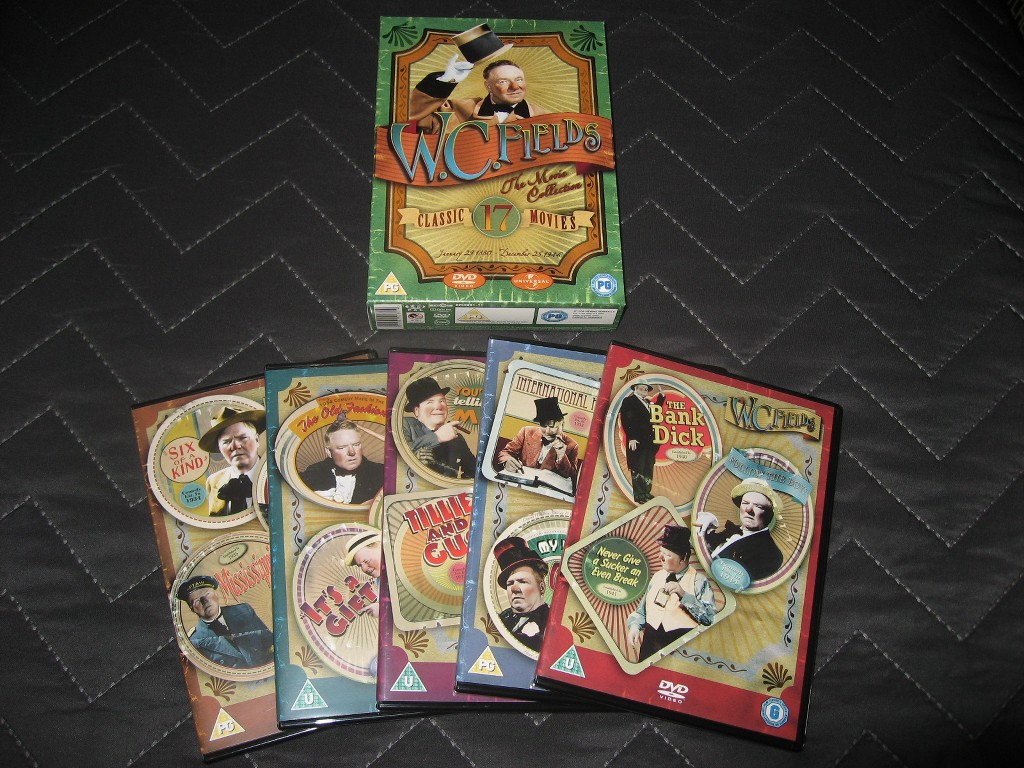 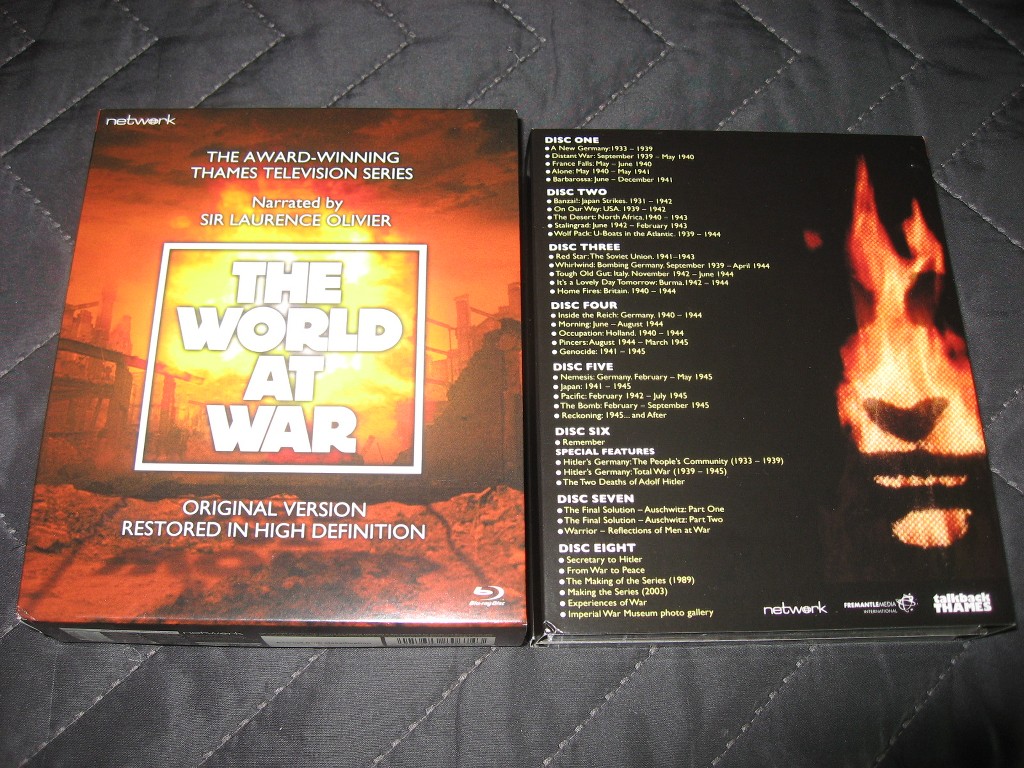 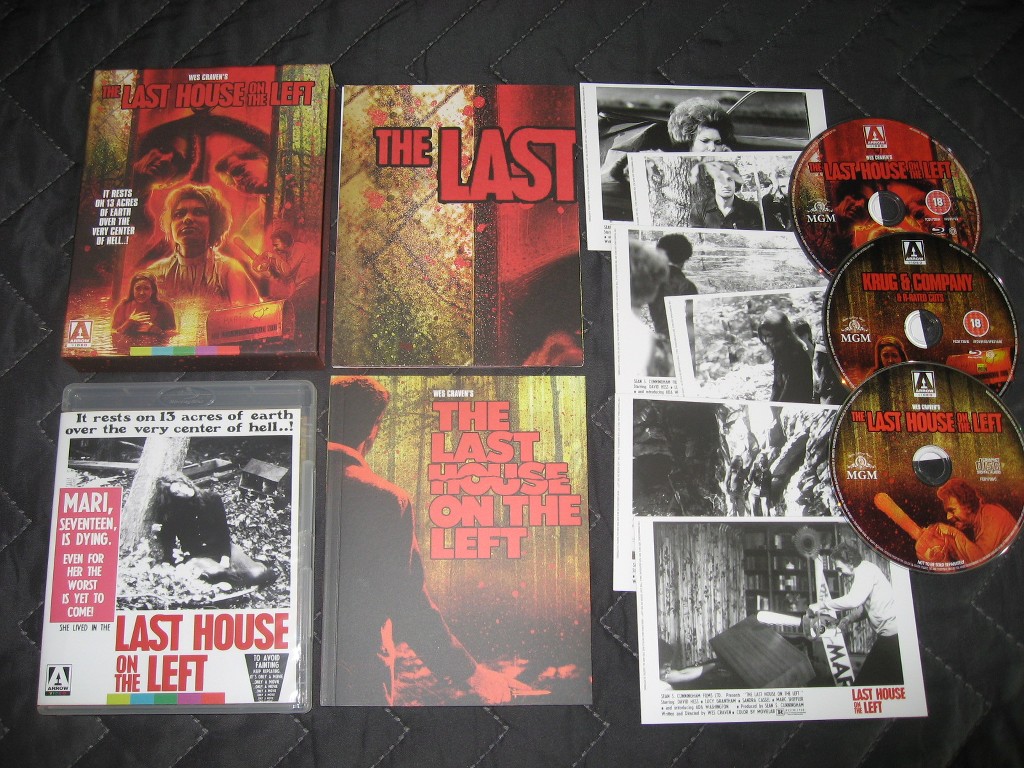 -You have a huge fucking dick!
Top
Post Reply
8240 posts